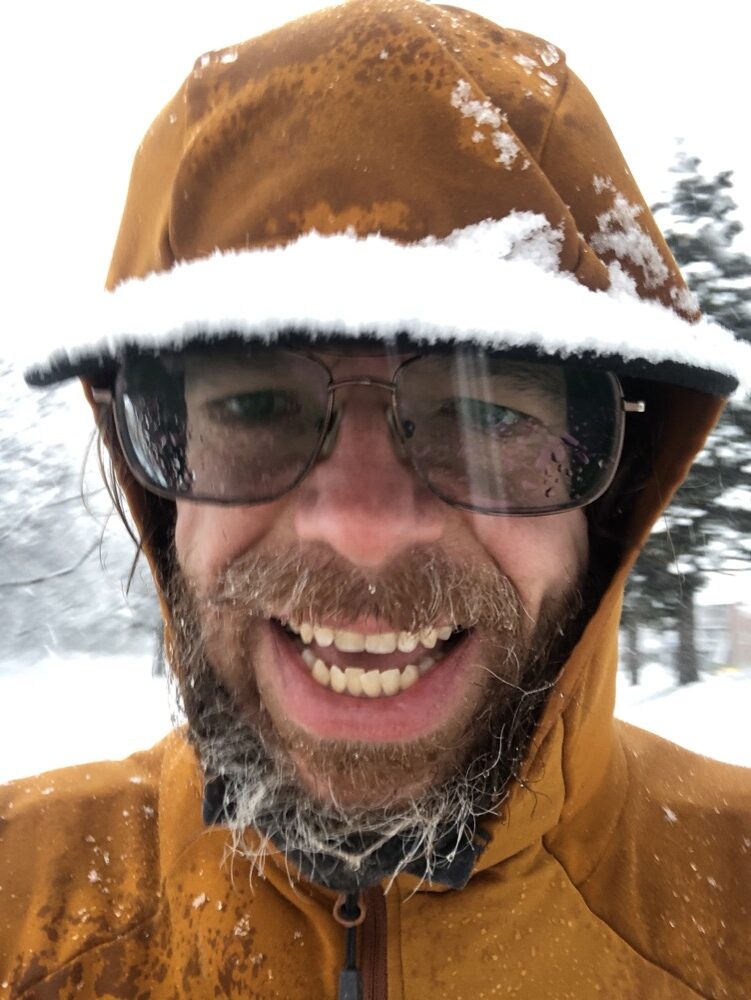 Twenty-twenty-one was another raging dumpster fire of a year has come and gone.  Even though I’m still coming to terms with the fact that I’m a runner now (see The Serendipitous Runner for details on the beginning of this journey), even after running literally thousands of kilometres,  I don’t feel like a “real runner”.

I know that’s a ridiculous thing to type, honest. I’m not really sure what would make me feel like a “real runner” either.

It’s possibly because I run in somewhat of a vacuum – no real conversations with other regular runners to help provide any context.  I’m not particularly interested in joining the various large-scale run events – I do not like crowds, and the idea of being surrounded by tonnes of people all breathing heavily close to me while I’m doing the same is not particularly appealing.  And small-scale running groups are nearly as hard as I suddenly have to interact with “new people” which for me is very difficult.

Perhaps my “not a real runner” is because my mental image of “real runners” has been poisoned by various running accounts I follow on social media where nearly every post is someone who looks “perfect”.  Body image is a strange creature I’ve waged an ongoing battle with most of my life – I can sometimes still see who I refer to as “Fat Tom” when I look in the mirror – back when I was nearly 122 KG (270 pounds for the Americans reading this).  Again, I know that’s not me now, but the brain is a wacky glob of jello-noodles.

When I mentioned this to Tracey earlier, she said the obvious; it doesn’t matter if you don’t feel like a runner; just keep being you.   I can do that.  I sure married the right person.

All of that aside, I learned a lot about running and myself in 2021, even if I didn’t manage to crack one of my goals; a sub-two hour half-marathon – I got so frustratingly close (~2:04).  So many things had to be right to be able to get that close; my energy level, weather, and a bunch of other factors.

I fell twice, the second time seriously after tripping on something and landing so hard on my ribs that I was sore for weeks afterwards, which was an excellent reminder to pay closer attention when running on uneven ground.

There’s a serenity to running long distances (by which I mean 15km or more), to the rhythm of putting one foot in front of the other, over and over and over.  “Just keep running” has been a mantra whenever I was struggling with pain/exhaustion/heat/etc.

Conditions on a run can have huge effects too; in 2021, I ran in temperatures ranging from +34°C to -31°C (averaging out to +3.3°C), including humidex and wind chill (both of which are *really* relevant when you’re running for long periods) .

There is a degree amount of self-satisfaction I feel for  running no matter what the conditions are like and to date, I haven’t had to skip running due to weather.

Some of the more challenging conditions are are after a few CMs of snow – enough to make ice hard to spot with the added difficulty of being similar to running on dry sand.

The worst, I think, is cold rain (~4°C / 39°F) which can be really miserable to run in, followed by high-temperature days are most likely to make that happen as I really start to suffer after 25°C (~77 °F).

In April I hatched the idea that I could try running a 50+ KM every two weeks – which I managed for six times before scheduling and injury prevented me from trying to keep it up – and then it got hot out.

I’ve been tracking weight/fluid loss on runs for a while now, and once I have enough data points (closing in on 600 runs) I’ll see about posting that once I figure out some of the statistical analysis bits I will want to run on that.

Another thing I’ve been working on, thanks to some of the podcasts and articles I’ve been come across to is increasing the amount and consistency of sleep I get.

Most of my life I’ve been a night owl; regularly going to bed between 3 AM and 6 AM, and waking up around 10 AM., no matter when I went to bed.  Clearly, not enough sleep, even before factoring the high level of daily activity I do.

Since roughly mid-2020, I started to shift my sleep habit around. Now, most nights I’m in bed by a bit after 10PM and wake up at 5:45 AM, with very little variability, even on weekends.  My watch and phone give me a reminder to “wind things down” about 30 minutes beforehand, and I start the process of getting ready for bed.  It’s worked wonders, to be honest.

One of the harder things I learned is that it turns out that the notion of sleeping in on weekends ends up causing you jet-lag on Monday, depending how much you do it, so I typically keep it to an hour or less of extra slumber.

Lastly, the numbers that I know you all came here for:

A slight decline in reading (largely audiobooks, with a few dead-tree and digital books thrown in for measure) due to some changes in my podcast load and increased time simply listening to music — or nothing at all. Another year of a number of re-reads, seeking some comfort in the familiar and excursions into unfamiliar literary territory including my yearly attempt at something Russian — Anna Karenina by Leo Tolstoy was a real slog for me to get through, but I did finish it.